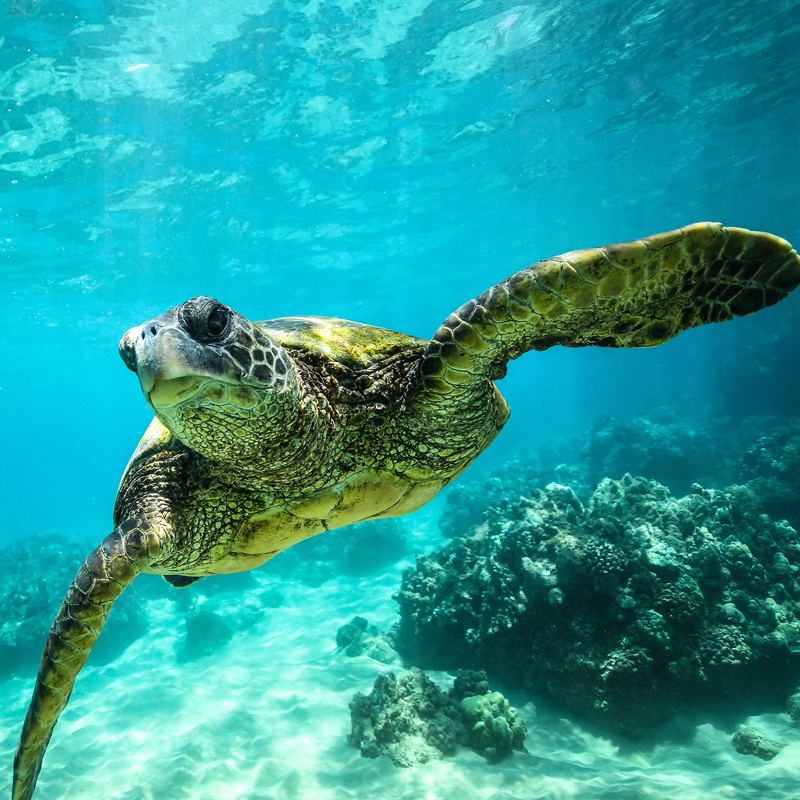 Stepping off the plane I remembered that feeling, that hot, sweaty, humid feeling that I had felt that 6 years ago when I stepped off the plane in Darwin. Okay, so it wasn’t quite as hot in Cairns, but god it felt it! This was now my third time in Cairns, both of my last trips being in 2011 and it hasn’t changed a bit. I love Cairns. When we first decided to emigrate this is where I had my heart set on moving to, but lack of creative and teaching jobs in the area made it a no.

This time we (me and Rachael) had another visitor with us – Rach’s mum! It was so nice being able to show someone around a city that we loved so much. We arrived at mid-day and hired a Toyota Corolla with Hertz, realising that last time when we were backpacking that it was easy to get around Cairns, but not so easy to go see the glorious beaches on the way up to Mossman Gorge! 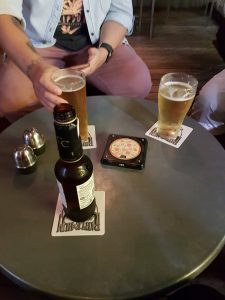 We stayed at the Comfort Inn Hotel through booking.com (avid fan) which was only a ten minute walk (if that) to the lagoon, so definitely worth the money. Our first day we got unpacked and headed straight for the lagoon. It was hot remember? So we needed to cool off….and it was beautiful! Packed, but really lovely. After an evening’s swim we headed to the Night Market for a browse and picked up a few crappy souvenirs before heading outside to the gelato place for Cherry Ripe ice cream. Wow boy, I’ve missed this place! They used to do an unusual Red Bull flavour but its awesome whichever flavour you go for!! After that we went to Rattle n Hum for pizza and a few drinks. It was nice to chill out for the evening and enjoy a few holiday drinks!

We were up early in the morning to head to the B Finger Marina, onto the Deep Sea Divers Den heading out to the Great Barrier Reef! We got on and were told we had been ‘upgraded’ but really they had just overbooked us and put another boat on, they were both the same but that was fine. This is my second time on the reef, I love it. I only snorkel because I’ve never had to the money to try diving, but I reallllllly enjoy it! We were out on the water for an hour before we stopped at our first snorkelling spot. It was choppy on the water in the morning, we all struggled getting out, but when we did it was beautiful. The clarity was good, a bit cloudy but as good as you can expect from snorkelling. We were out for a good hour or so before getting back on the boat, I’d seen Nemo (Clown Fish) and a few Dory’s and a few huge fish that are a little terrifying! Once we were on board, we headed to the next spot, dried off and stopped for a buffet lunch. It was nice, hot chicken, cold sandwiches and meats, pasta and potato salads, soups, seafood and bread. It was great for the price. After lunch they let us back off the boat for the rest of the afternoon. It was much clearer the second time out but waaaayyyy choppier! It was breathtaking times with the huge waves and  you felt like you weren’t getting too far. There were two boats out where we were and I had a mini panic attack just before getting back on (I was last on) as I thought I’d drifted towards the wrong boat! Luckily, it wasn’t the case but I felt knackered afterwards. 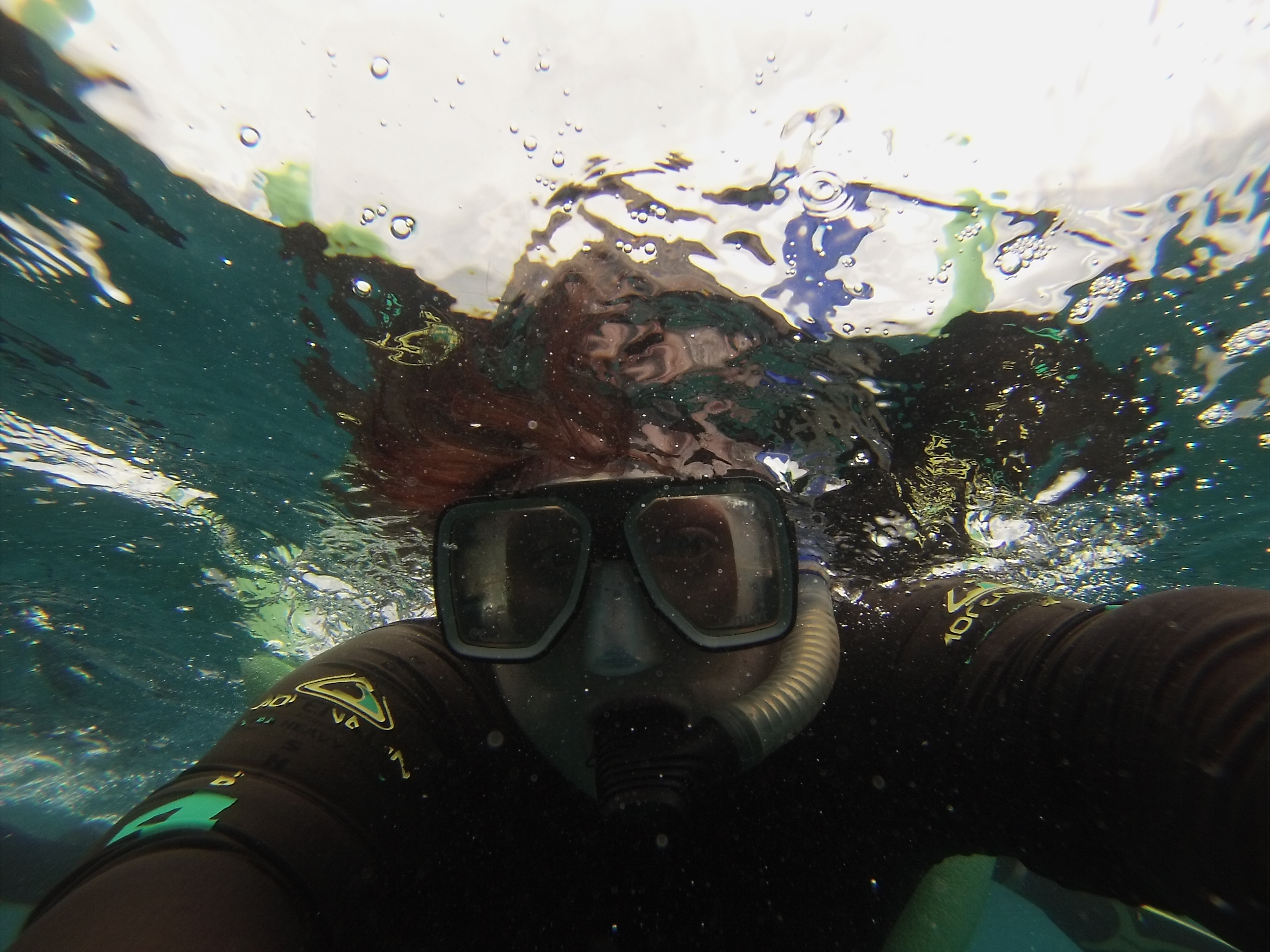 We saw some incredible sea life, and I even saw a shark for the first time. I was shocked because it was large, but didn’t feel as scared as I thought I would. It was a black tipped reef shark! It was awesome to see in its natural habitat, a definite highlight of the trip! 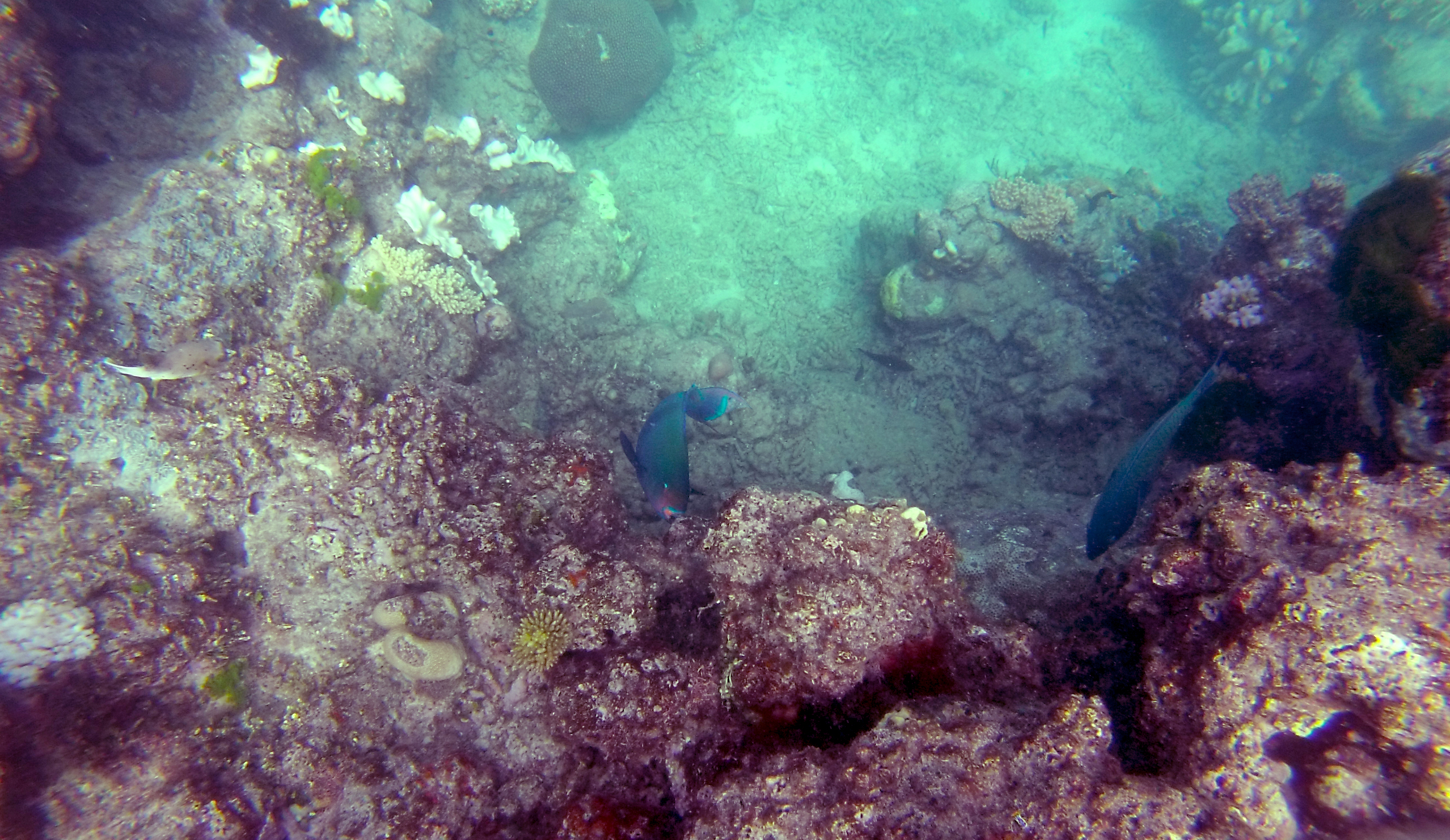 The trip was booked online at $125AUD (£75GBP) with an extra $20aud to pay on the day for reef taxes. We booked the trip through Peterpans and I’d say it was well worth the money. Lots of these trips try to sell you on better food, better spots, but the spot we stopped at was HUGE and had everything you want to see! 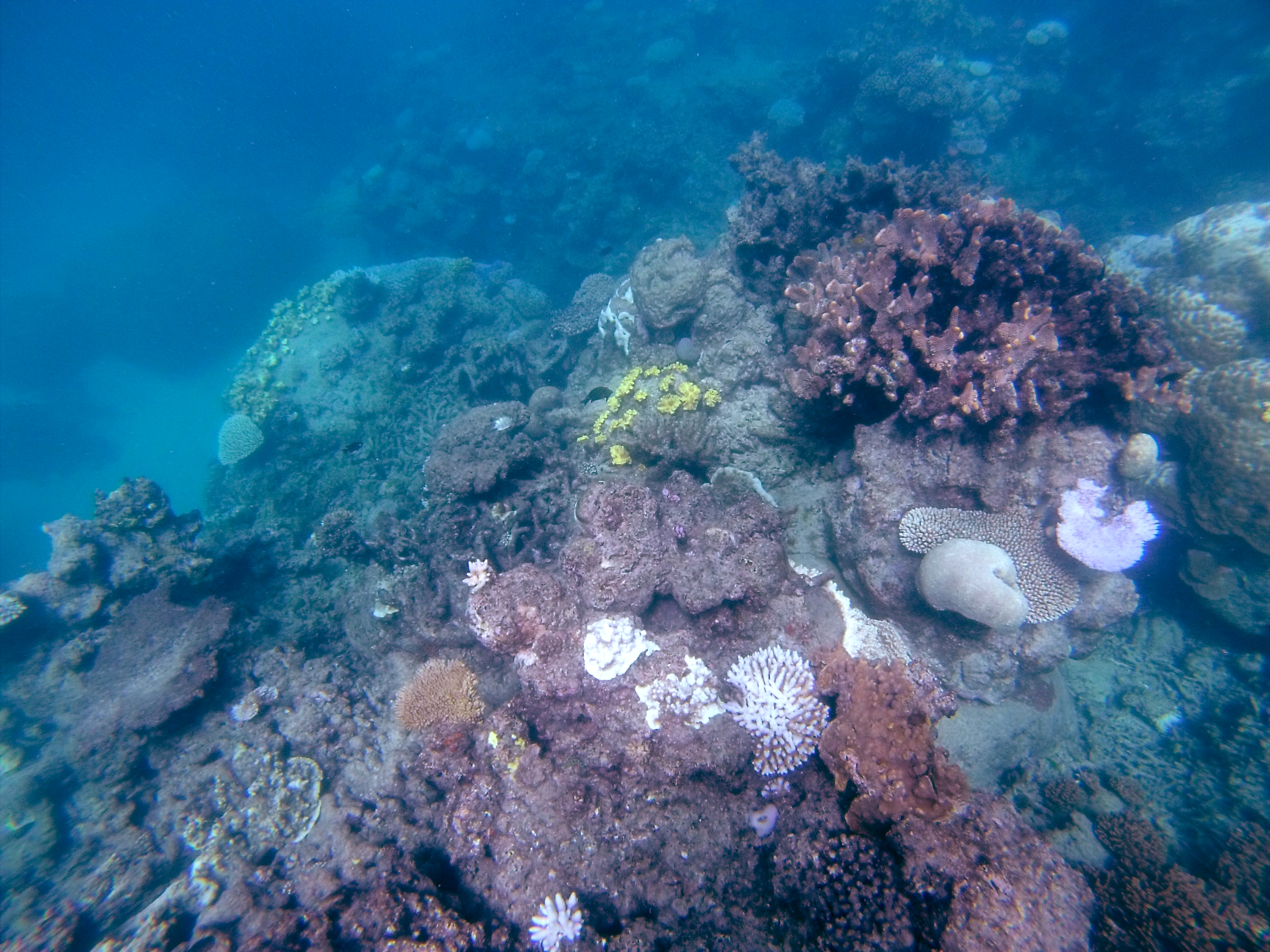 That night we took it easy, ate at the markets (stuffed out faces with as much Chinese food as you can fit on a plate for $14 each!) and had a few drinks back at the hotel. We we’re up early in the morning again, this time to head off to Port Douglas along the coast road. 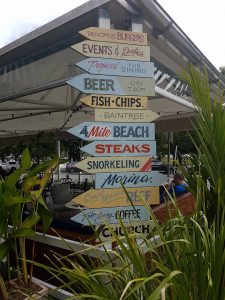 We have been down this road once before, Port Douglas is beautiful. Such a small town, and really not much to it, but it’s a place you can go to relax and take life as it’s supposed to be – easy. We had a mooch around the town, had dinner at the Court House Hotel, it was really good food and we had a few cheeky drinks! From there we checked out the beach and decided to swim (between the flags of course). It was basically like going to a wave pool. We got out as far as could be and I’m sure the three of us were naked at some point! Haha the waves were so heavy that pants were down, tops were up. It was hilarious fun! I’d highly recommend it. From here we were going to head up to Mossman Gorge but found that its now a visitor centre and you can’t just swim in the gorge like you used to be able to, so we gave it a miss. 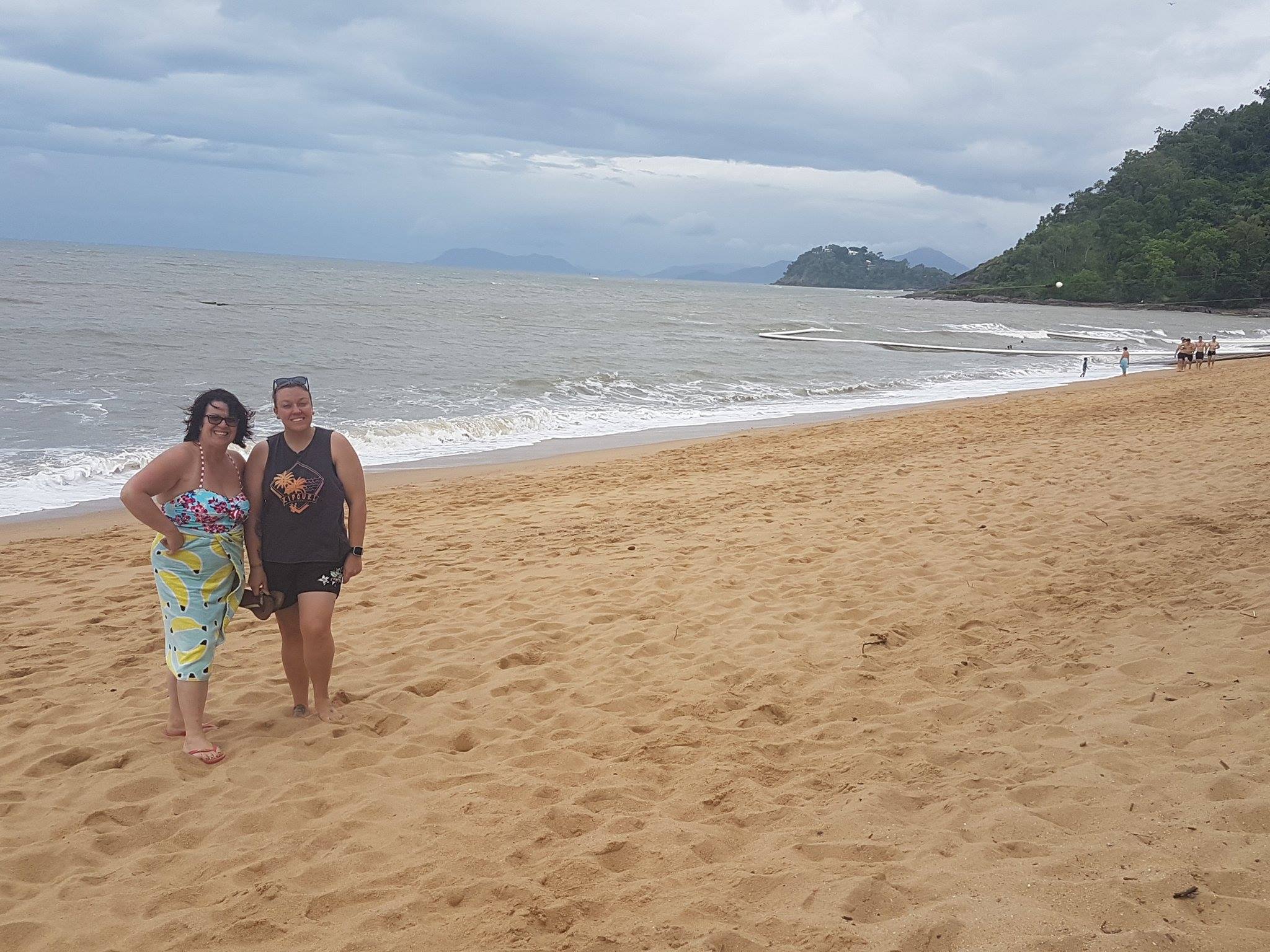 On our last day we had a late flight out so we headed up to Kuranda for the day, it was Good Friday so there wasn’t much open but we visited the masses of markets and enjoyed fresh protein balls, sweet iced tea, sandwiches and ice cream! Perfect day. We packed up and headed back to the airport for our flight home. We really enjoyed Cairns, as much as we always do and I’ll be back time and time again! 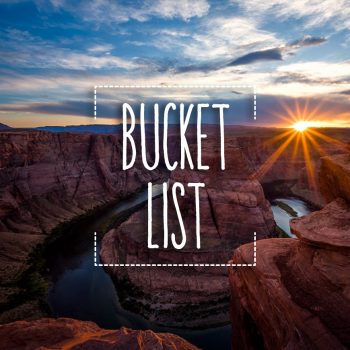 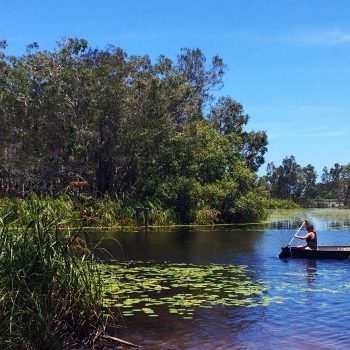 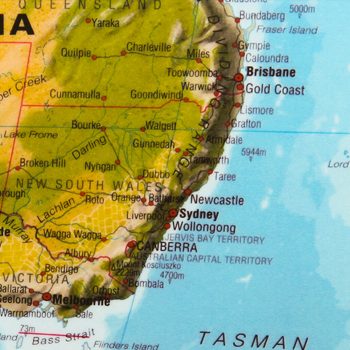