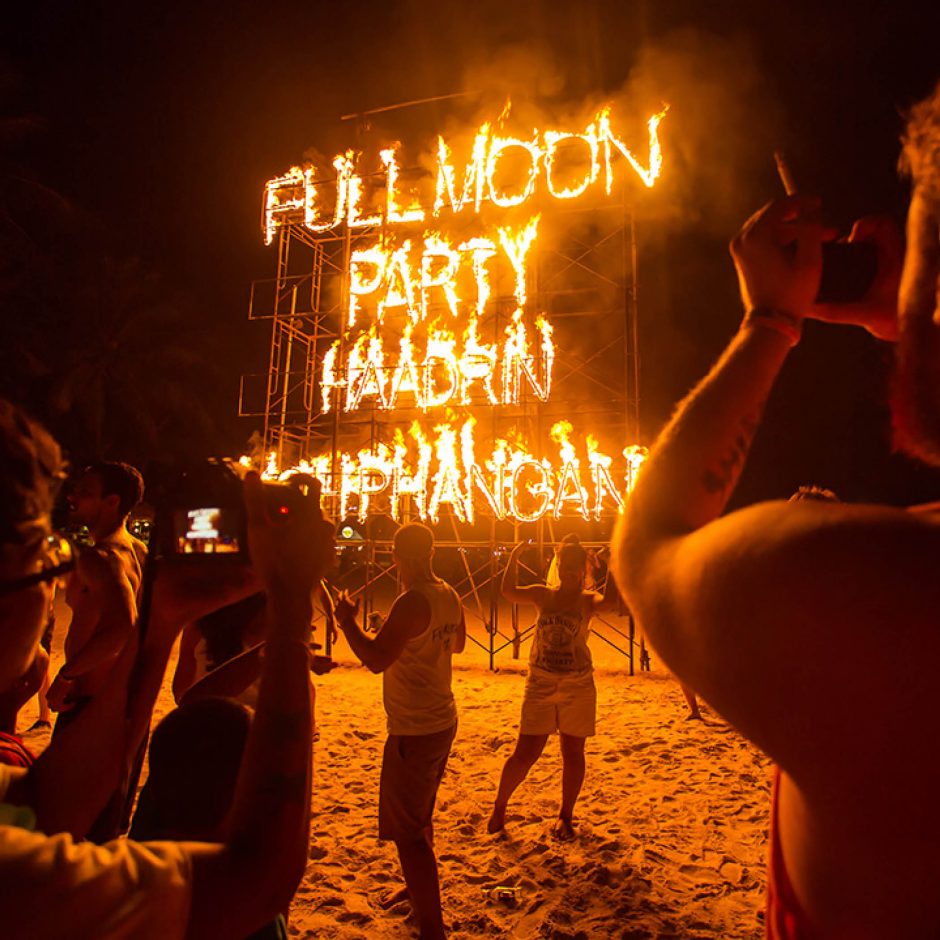 Following on from the Hill Tribes and Beaches posts, we headed back to Koh Samui for a few days to just chill out and do nothing, recoup. We then headed to Koh Phangan for the Full Moon Party…

Koh Phangan is an island off Thailand, it’s also home to the famous Full Moon Party. It’s nice, very busy and very touristy compared to other islands, but if you are wanting to party – this is the place to be! I was ready for some fun and it was nice to spend some time alone with Rachael again.

You can’t get to Koh Phangan without getting on a boat, there are no flights to the island, so we hopped onto a boat (no booking required) at Koh Samui for 200baht (£4 / $6) and made it to Thong Sala. You can get to the party from Samui but we thought a few days on Koh Phangan would be quite fun.

We checked into the Hacienda Resort on Thong Sala which was really good, it was just 20mins away from Haad Rin (where the Full Moon Party is). we’d booked for 3 nights, the first night was LOUD with music blaring at the swim up bar, which I was a huge fan of. Who doesn’t love cocktails in the pool?! It was full of people gearing up for the party n most of them had been on an all day drinks party boat. We didn’t join them because we were so tired from the last few weeks so we enjoyed a nice chilled day in the pool, had a few drinks, some nice food…it was lovely! 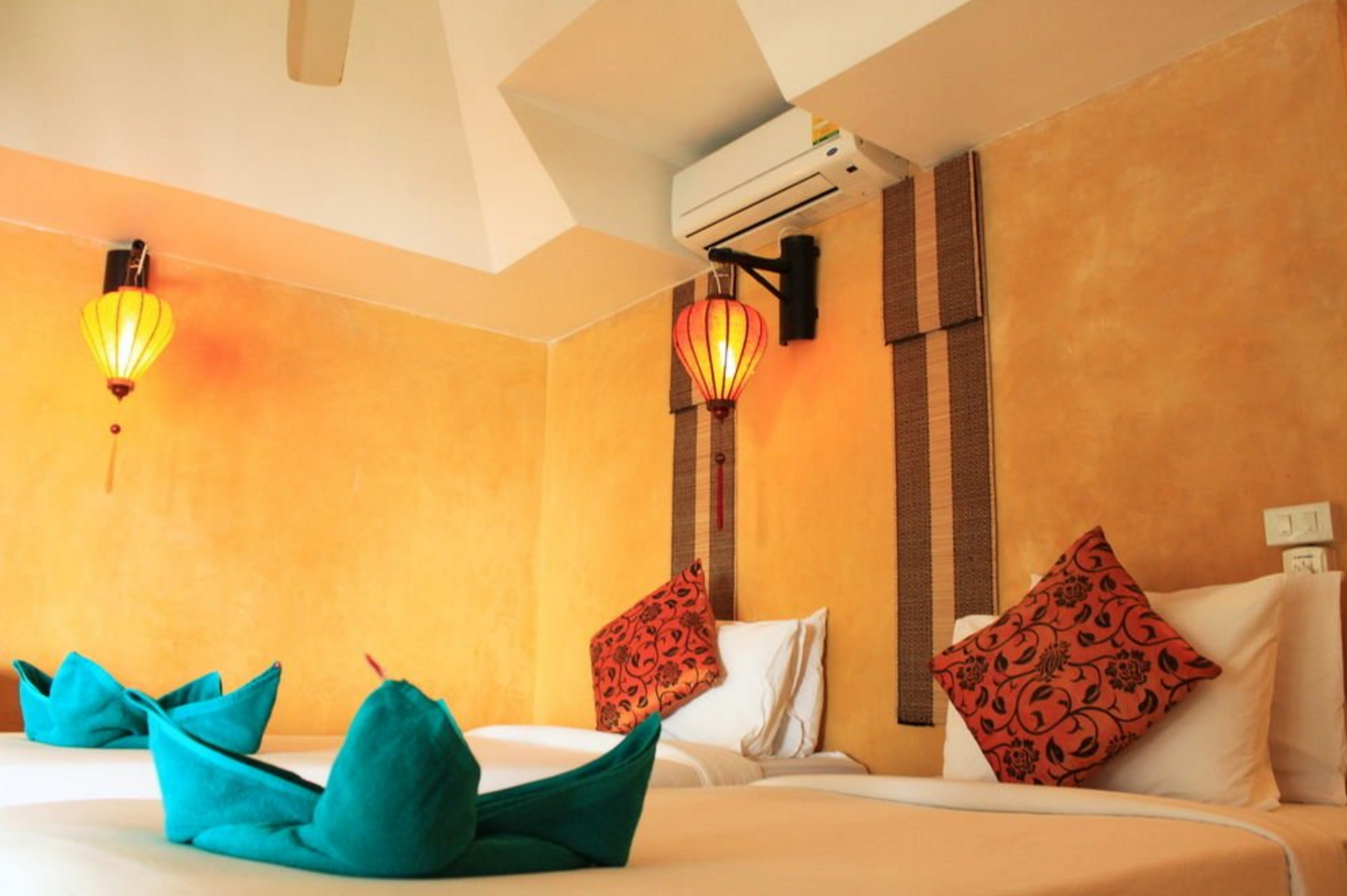 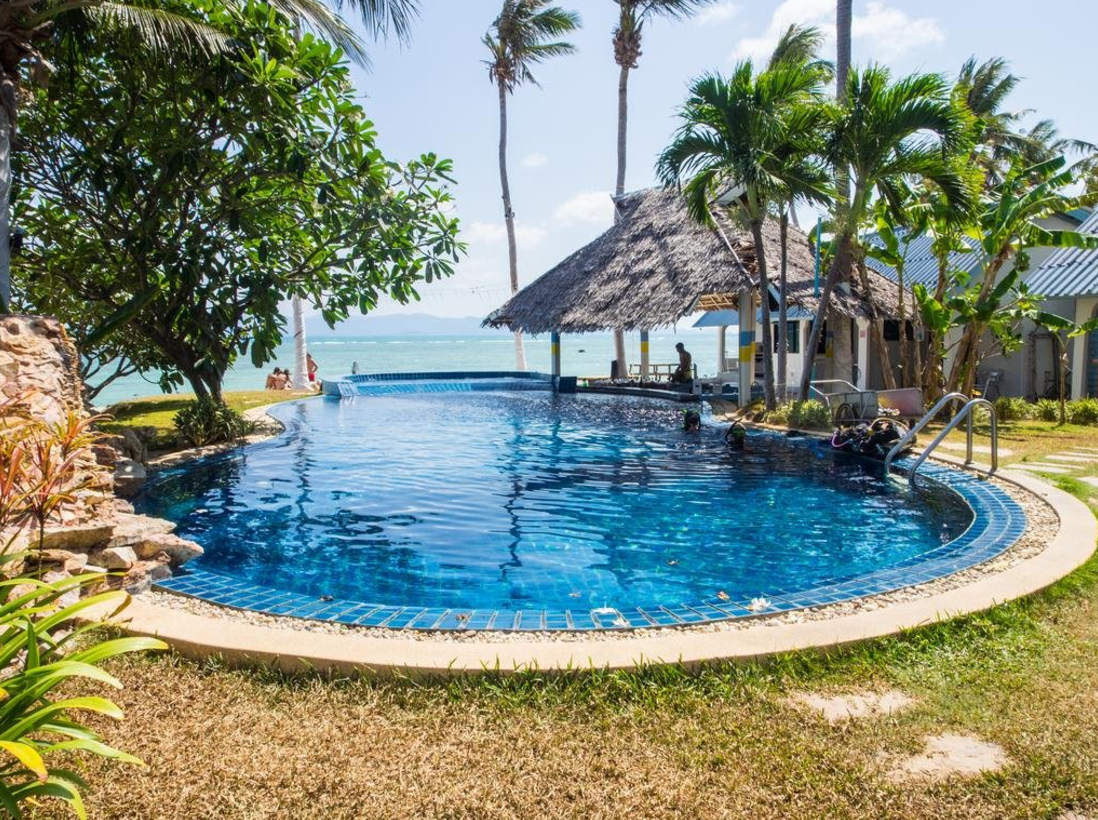 The day of the Full Moon Party was cool, we went to get our gear – the most hideously coloured T- shirt we could find and body paint. We were set! Got dolled up, had my urban decay eyeliner on (bright colours!) body paint, lime green top n hair as big n curly as possible n off we went to the Full Moon party! 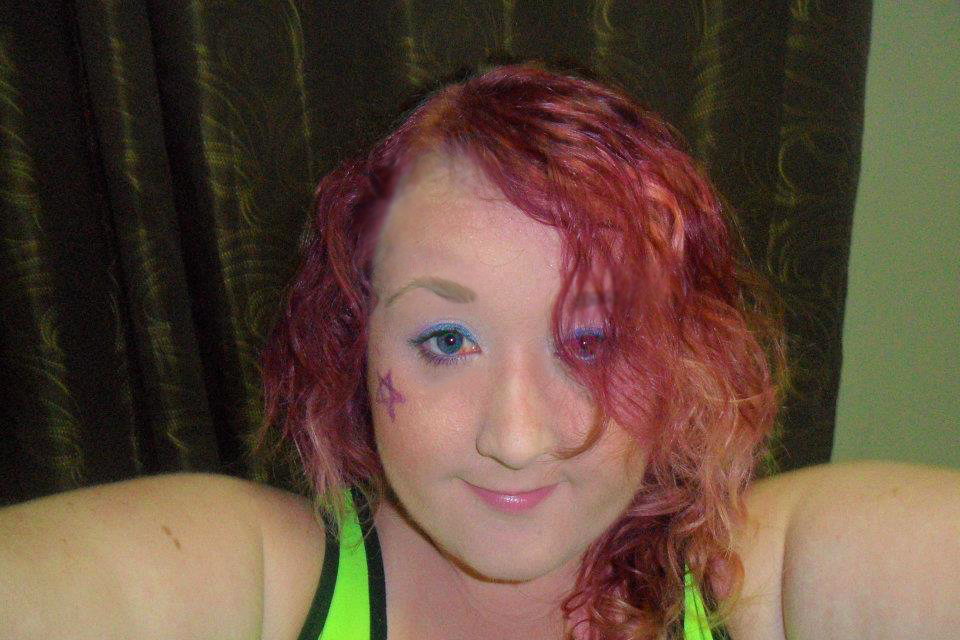 Our bus left at 9.30pm and got us there around 10ish. Bit late to start the party? Think again, this thing goes ALL NIGHT. The beach wasn’t too busy at 10pm, but by midnight it was a sea of neon, body paint, LED lights, glow sticks and massive buckets full of bottles of vodka, Thai whiskey, tequila n mixers! 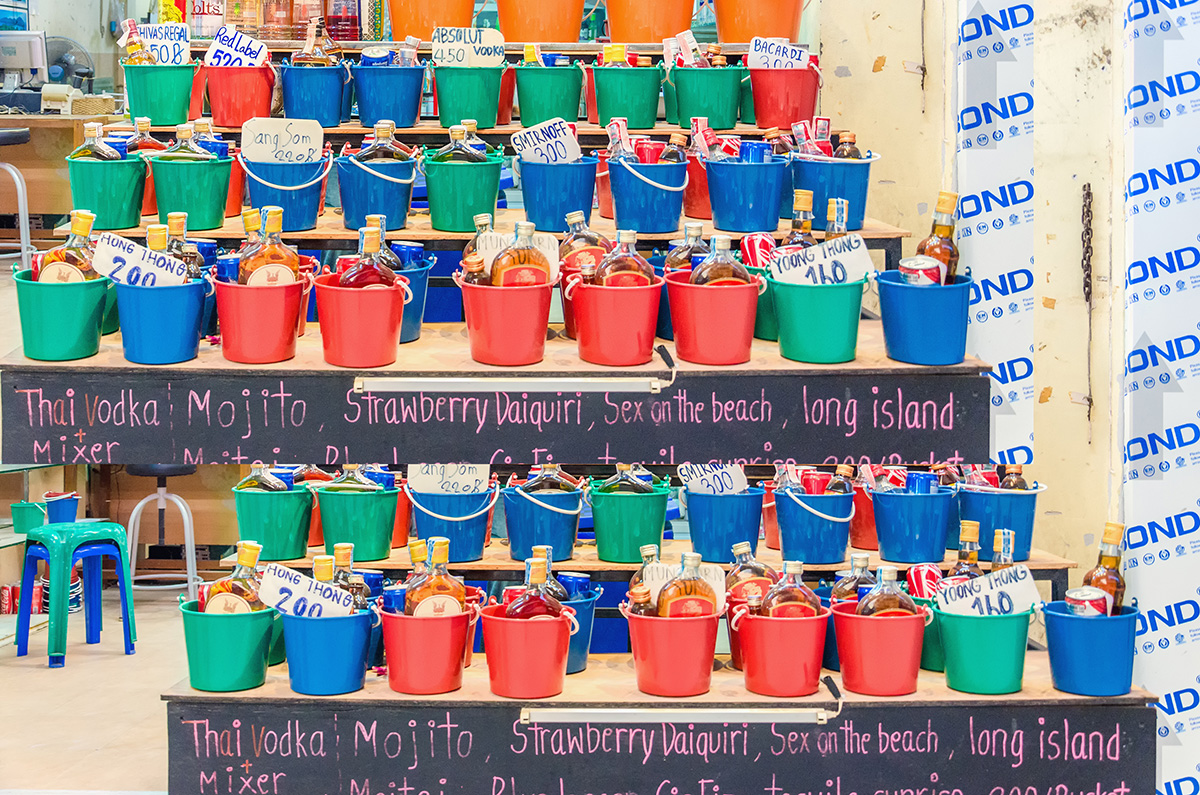 We headed down to Cloud 9 which is the club we had prepaid for, all you can drink from 11pm – 8am, with a free bacon sandwich at 6am! We paid for this with a tour operator in Bangkok for around £30/$45 each. Inside the club was DEAD, like nobody there at all but we could take our buckets  out on to the beach and keep going back to fill up, so that’s exactly what we did! What’s a bucket you ask? Picture your childhood on the beach making sandcastles… now forget the sand, and fill with booze….lots and lots of booze! We kept going back to get more buckets of Mojito’s, Jellybean Vodka Shots, Cocktails an the famous Vodka Red Bull! (Red Bull sold in Thailand contain ephedra, it has the same affects of speed…it is highly illegal in most countries, it stops you from feeling as drunk as you are which can be deadly if you drink too much!)

The beach is lined with people selling buckets, from 160baht (£3 / $4) to 550baht (£11 / $17) for half bottles of spirits, mixers and the bucket to mix it in. So so cheap, and people go back time and time and time again. You rarely see people sharing. Crazyyyyy drunk. 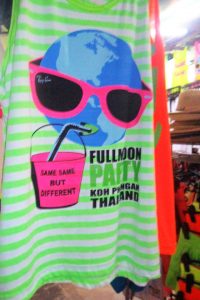 We explored the beach – a sea of messy people, super drunk, super high, having sex on the beach, pissing in the sea and passing out in the sand. It was an assault on the senses, but it was SO MUCH FUN!

There were loads of DJ’s on different sides of the beach mainly playing LOUD house music. Not usually my thing, but it was fantastic! I can imagine if there is a good group of you all up for partying, this would be the ultimate night out. There was all sorts on the beach – little pop up shops, loads of busy food joints (got to love a midnight hotdog!) and we danced and danced and DANCED! We danced on the beach until the sun came up, met a few scousers (girls from Liverpool) and had a few games of pool with some people from the Hacienda resort!

There are some things you need to know about if your going to party hard at Full Moon, a few little warnings shall we say to stop your new friends from thinking your the biggest dickhead they’ve ever met.

Drugs. So, we all know drugs are bad kids, but they’re also illegal. I personally feel if its your thing then go for it, but in Thailand it is SUPER illegal. Like get caught with a joint and go to jail illegal. Undercover police dressed as party goers will try to sell you drugs and if you agree, they will arrest you. Locals will rat you out for a reward. However, if you do get caught remember this – act as sober as possible and bribe your way out of it. Cops do not want to be bogged down with the paperwork of arresting you for taking a pill or 2, some cops can be bribed if your good at the game. However, it can cost you up to $1,000 – bit more expensive than the night out you had planned. So why bother? 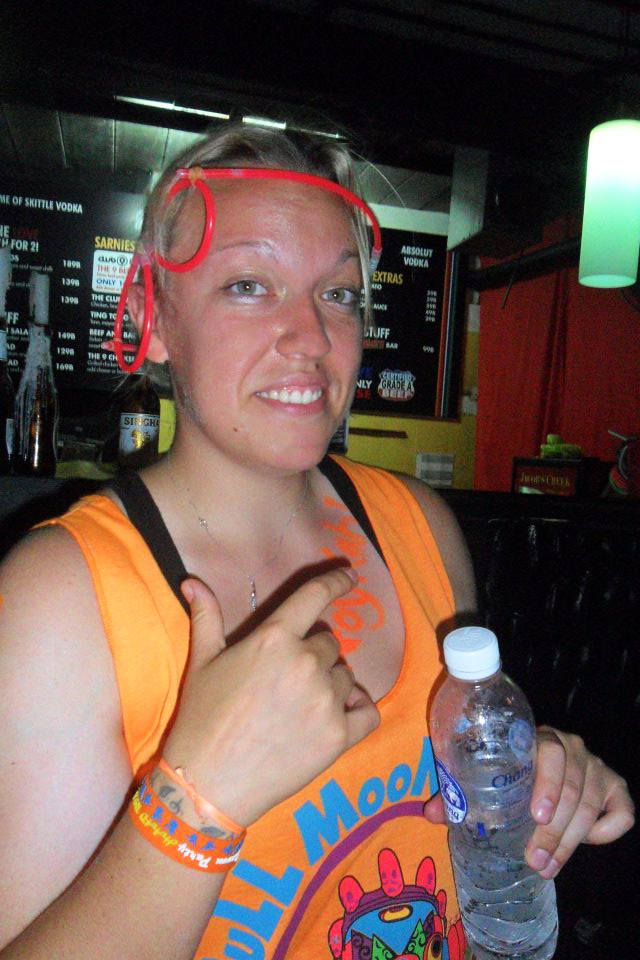 Keep cool and drink WATER. So, I love a good drink. But if your going to last until morning without passing out, drink some water. Rehydrate! You’ll thank yourself for it in the morning and I can’t promise your hangover won’t be as bad for it, but it can’t help to try, right?

There is a skipping rope on fire. You will be encouraged to jump rope. You might be awesome and you will look COOL AS. But don’t be stupid. The three people next to you may not skip rope as easy and if they trip, you can get burnt. It happens at every Full Moon. They LOVE fire over on Koh Phangan, you’ll see fire dancers with most DJ’s and all over the beach. 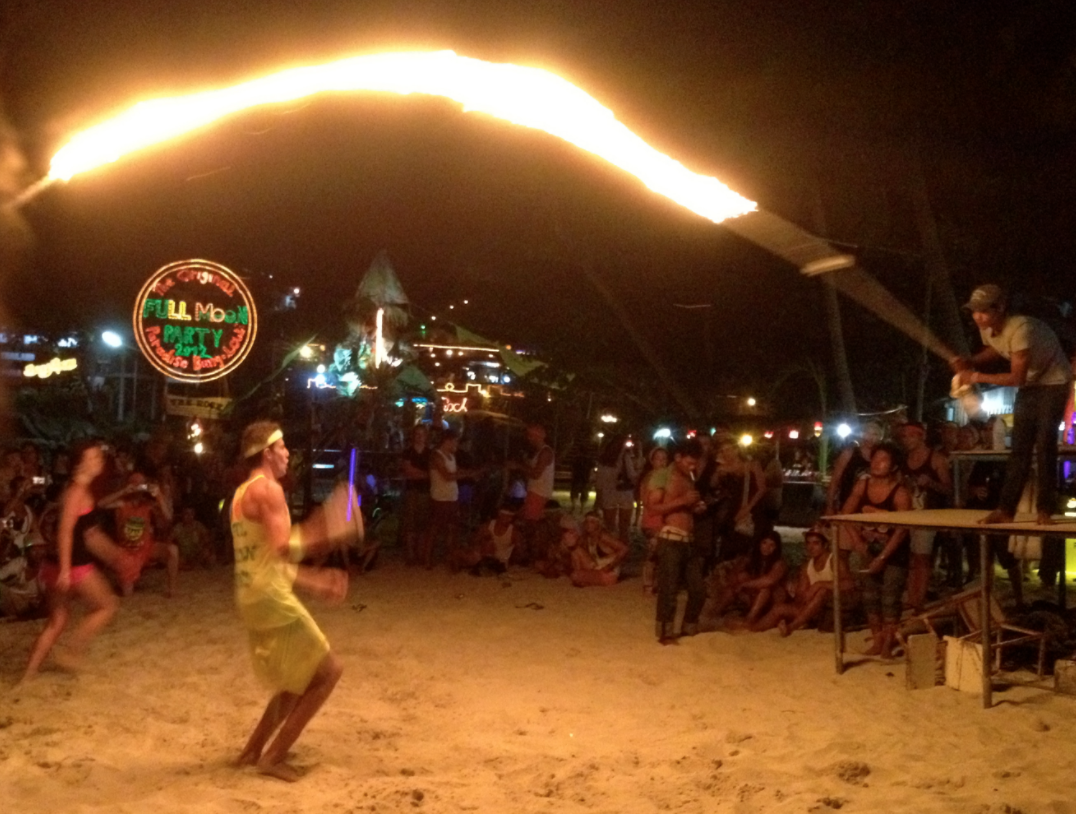 Taxi’s home – make sure it is a taxi before you get in. They are clearly labelled TAXI. If it doesn’t say it, don’t get in it. Lots of locals pose as drivers for the night to make some extra cash but there are too many stories of people getting ripped off and it costing them much, much more than an actual taxi would. You’ll spend around 100-250baht getting back to Thong Sala if you get a cab. Just a heads up! 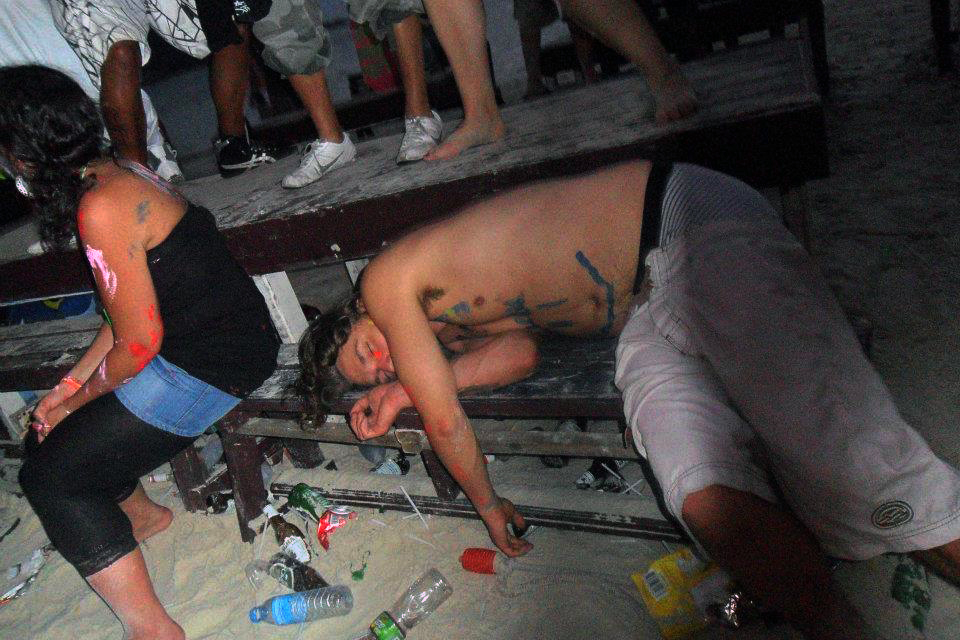 The beach is awesome, but don’t swim in it. Nobody needs to see your naked ass in the sea and you don’t want to risk drowning.

Plus people have been peeing in the shoreline all night. Seriously.

And lastly, beware of your belongings. Take your phone (ladies, use your boob purse well!) the cash you need and an emergency only cash card incase you get stuck, you don’t need anything else.

So, back to the party. We did not receive the free bacon sandwich we were promised at 6am much to our very drunken disappointment, so we got breakfast and headed back to the beach until 7.30am until we finally decided to call it a night! (or day?) we went back for what felt like the best sleep ever! 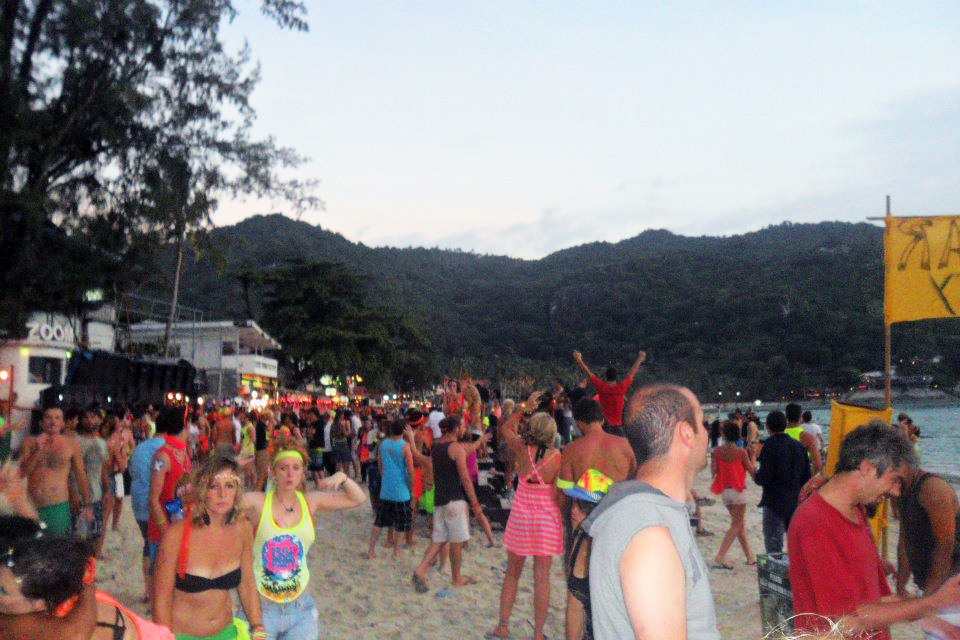 I then woke up feeling like I had actually died and I was Sooooo ill for 3 days! Again! It was may own fault but I had never had a hangover that made me that ill for that long. I tell a very funny story to friends that know me well about how I nearly crapped my pants on the side of the road… but I’m not sure you would really want to read about that! 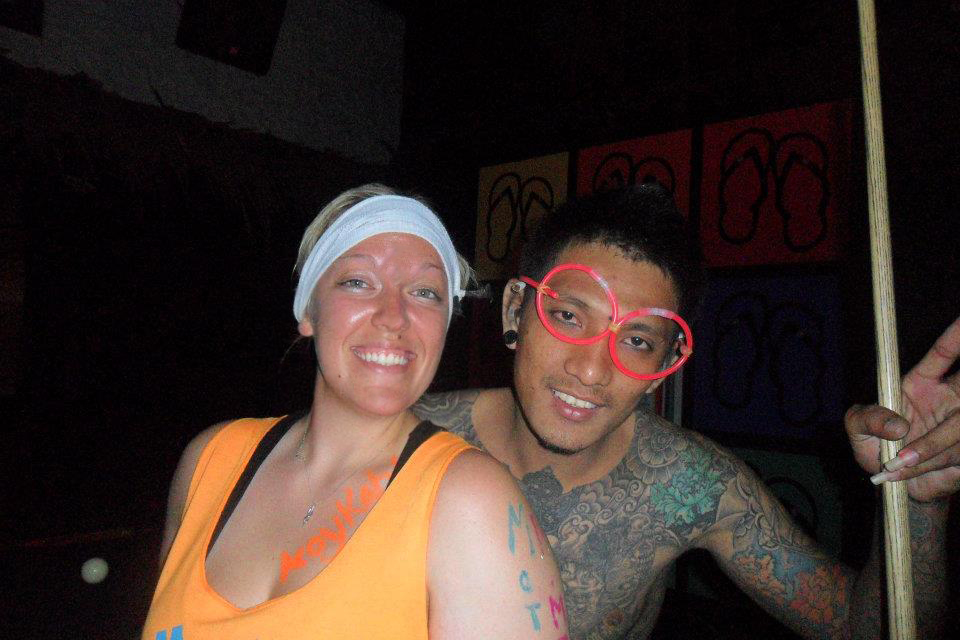 So, we finished off Koh Phangan by chilling out n eating as much western food as humanly possible before heading back on the boat at Thong Sala Pier to Phuket for a few days before flying to Singapore! Boat tickets were super reasonable, they were 600baht (£12 / $20) to Phuket, it’s a long boat ride but much cheaper than flying.

I’d post about Phuket but Rachael was ill, the beach was full, it rained the whole time and frankly, we didn’t see any of it. So I’ll save you the crappy post!

Subscribe below to hear about our fabulous 4 day trip to Singapore! 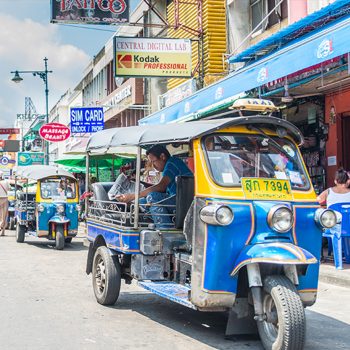