A Love Affair with Paris… 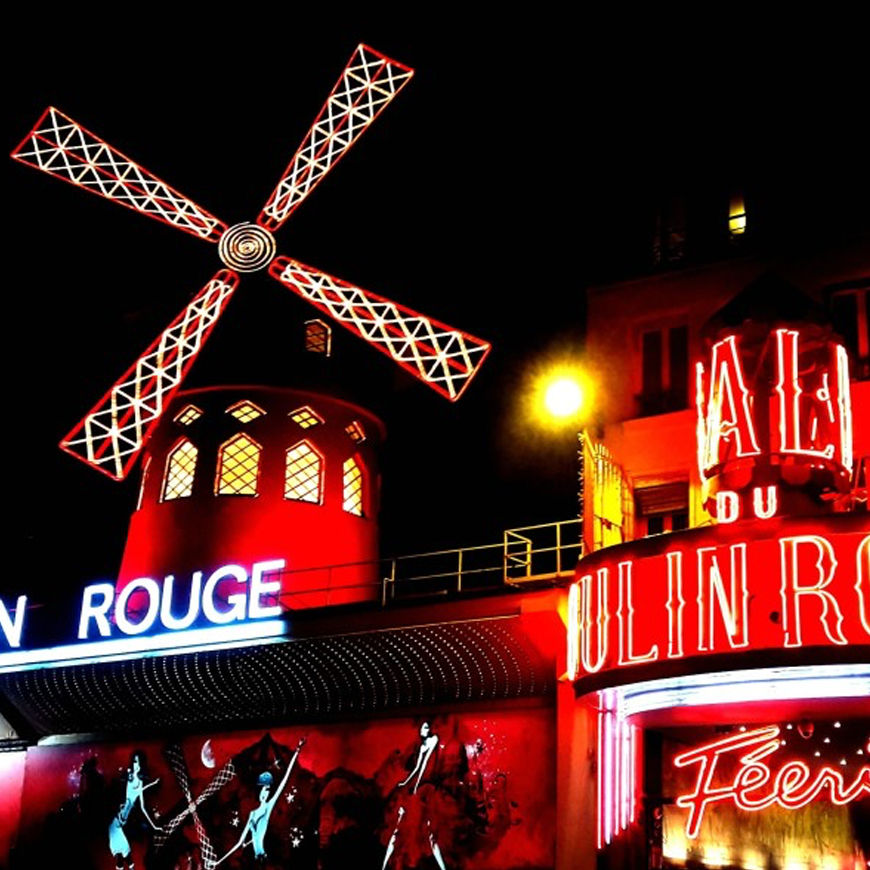 Paris has always been on the Bucket List for me, it has always piqued an interest in me as a country, in films, in images, from stories told by family and friends…it’s a place that reminds me of my mum without me ever having been.

As we are leaving the UK and now Europe my friend Kate thought it was about time that I went to this gorgeous city instead of just fantasizing about it and took me for a belated 30th birthday present, and it was wonderful. 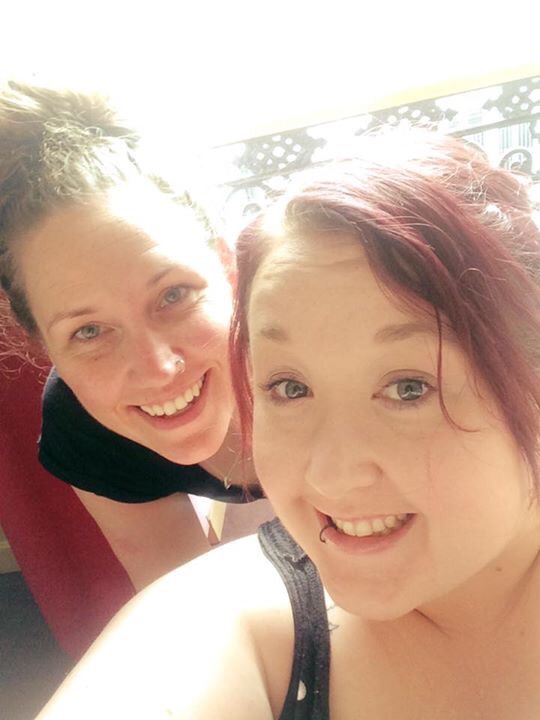 Kate (left) and Me (right) at France Louvre Hotel.

We got there late afternoon on Saturday to a blistering heat and made our way to the hotel, we stayed at France Louvre Hotel close to the Notre Dame on Hotel de Ville, it was a short walk from the Metro station to the city and it was a cute little French room with a huge open window/balcony and good air con. Just what was needed! 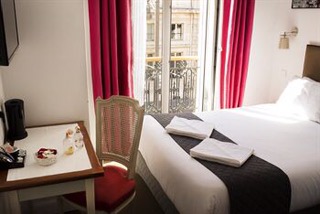 We made our way to m Arc de Triomphe on Champs-Élysées and tried some of the local delicacies before heading on to the Big Bus Night Tour of Paris and it was fantastic! A two-hour tour of the famous landmarks of Paris including the Moulin Rouge, Eiffel Tower, Notre Dame, The Seine River, Grande Palais and Le Louvre….I was in Love

After the tour we headed down Champs-Élysées to a cafe and had one of the best Pizza I have ever eaten, it was made with fresh Rocket, Parma Ham and Sun-dried Tomatoes. Coupled with a few Mojito Royal, a Champagne based Mojito that I’d travel back to Paris for…. It was an amazing end to our first night in Paris!

As we were there for another two full days we decided to split our time. Day 2: Disney, Day 3: Sightseeing. So day two started with Disney! 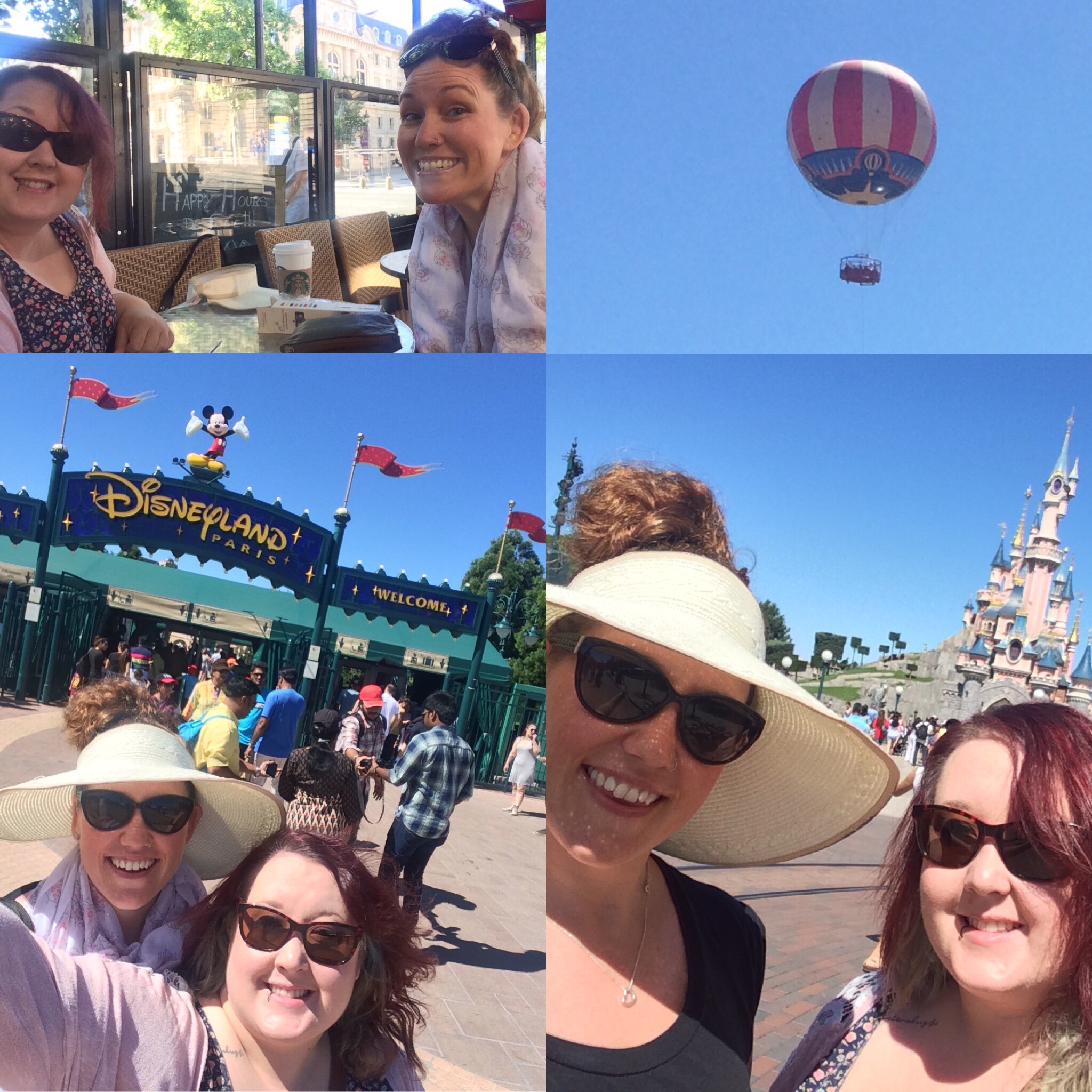 We got up, had breakfast and I felt awful. Not a champagne hangover, just a glaring migraine and lack of sleep. Some paracetamol would have done the trick, or so I thought. We headed up to Disney and I just felt worse and worse as the day progressed, but we had bought our tickets and I wasn’t going to not go. We headed into the park, saw Goofy, had a nosey around the shops, went to the Buzz Lightyear Laser Ride and then went on Space Mountain, which is an amazing rollercoaster…and I should mention here that I LOVE a good rollercoaster! However when I got off I immediately felt 1000 times worse than I did as my head was knocked around a lot and I felt quite faint at this point. So we sat down for food and before I even had chance to order, I was being sick in the toilets. Eww, I know. So Kate went and bought me a top to go home in (it was everywhere…like a for year old child) and we headed back to the hotel. I’m not a wuss I would have carried on, I just felt horrendous and didn’t want to ruin the whole trip. 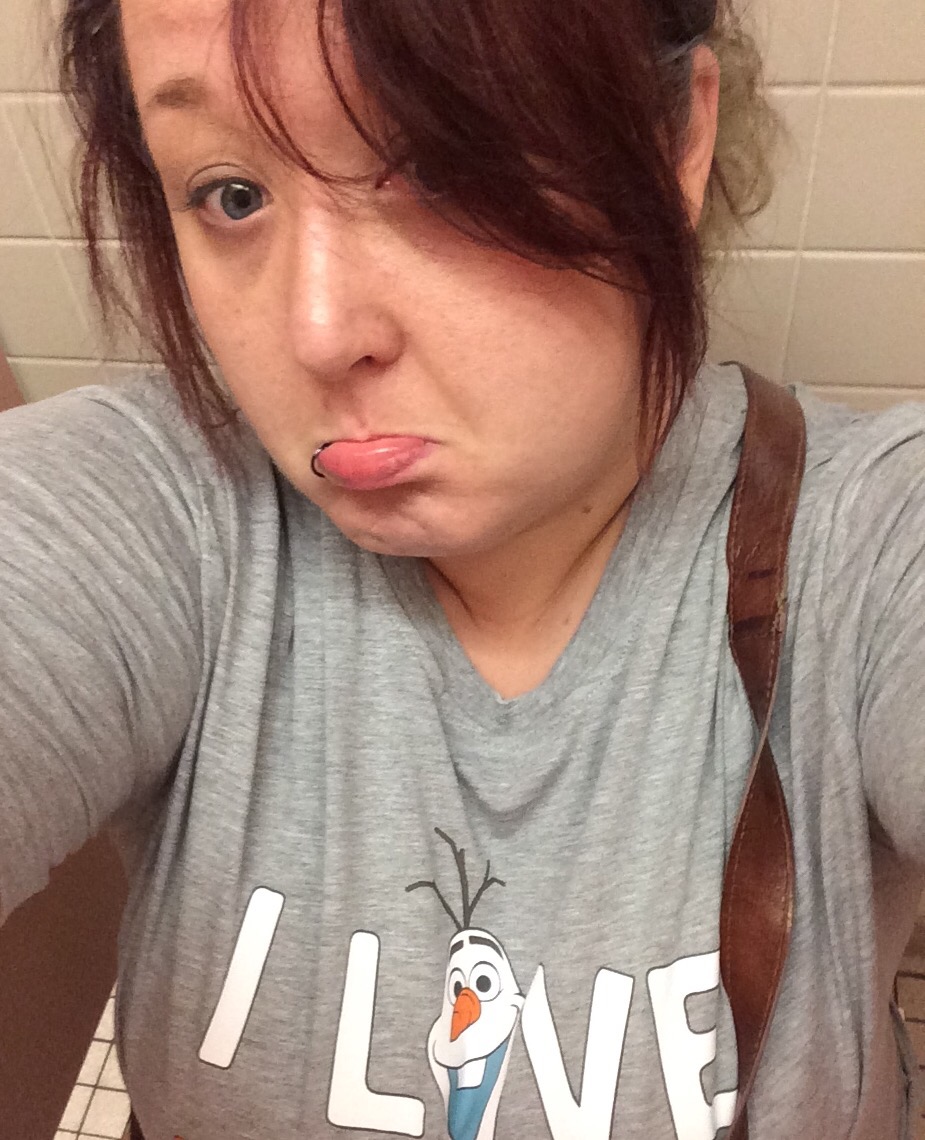 The ‘I was sick at Disneyland’ face, showing off my stylish ‘I love warm hugs’ Frozen t-shirt…🙈

So after a long sleep and a cold shower, I got up and felt marginally better. So instead of wasting the night too, we headed to the Eiffel Tower to see the beautiful views! I was so glad I got to see the Eiffel at both day and night, it’s such a golden colour in the day it’s beautiful! And as Paris was still in its three days of mourning for Nice, at night it was lit up in the France Res, White and Blue colours and looked incredible. 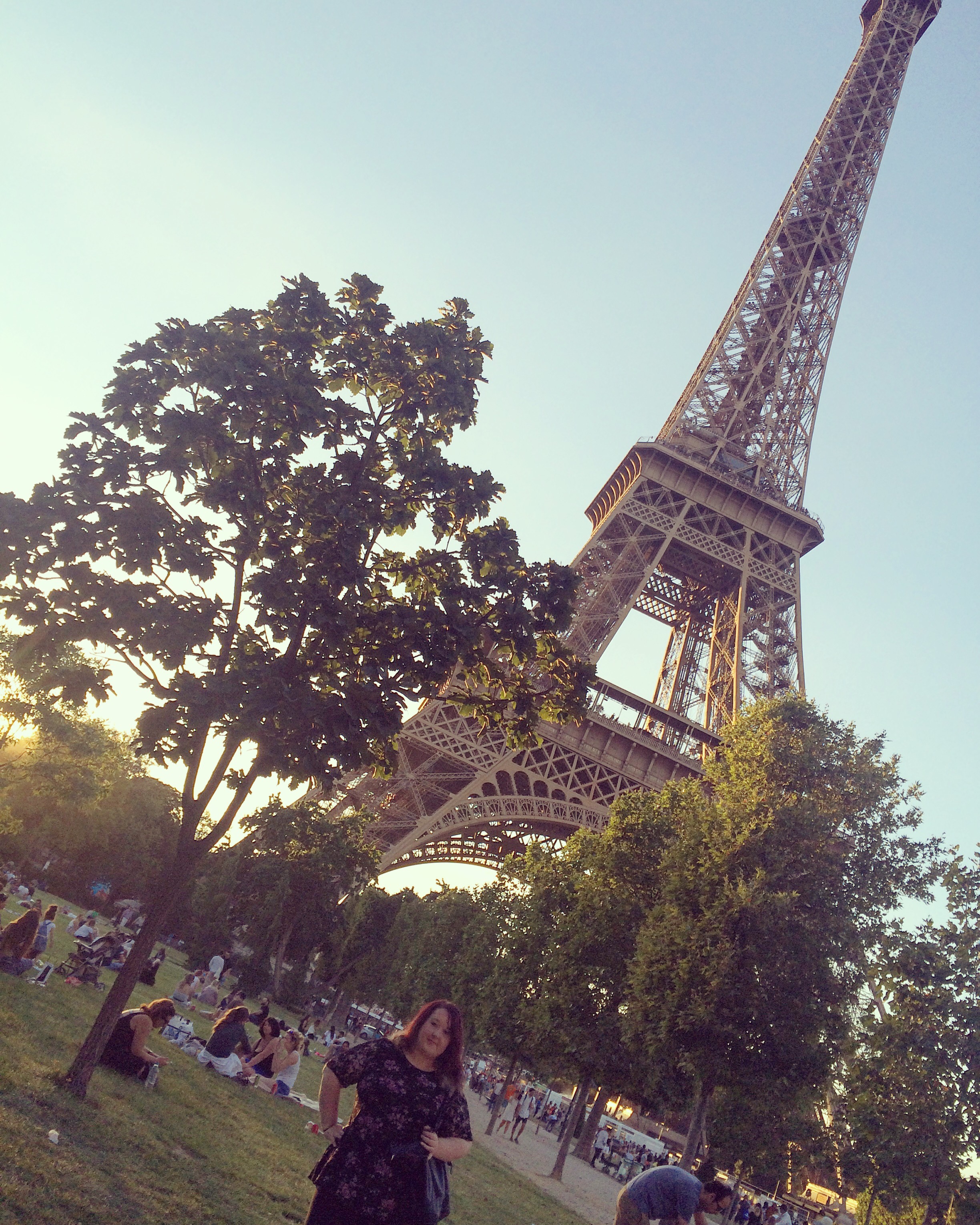 Day 3 was our proper day of sightseeing and we visited Le Louvre…home of the Mona Lisa and ‘The Wedding at Cana’ painting, which as an art student many a year ago…I really appreciated being able to see these two pieces at some point in my lifetime. The Wedding at Cana was of course a HUGE painting and had incredible detail…so, I always thought the Mona Lisa would be a large painting too. It was tiny! I’d say no bigger than A2, which was so shocking. It was a beautiful piece however I much preferred some of the other pieces within Le Louvre and the glass pyramids themselves! 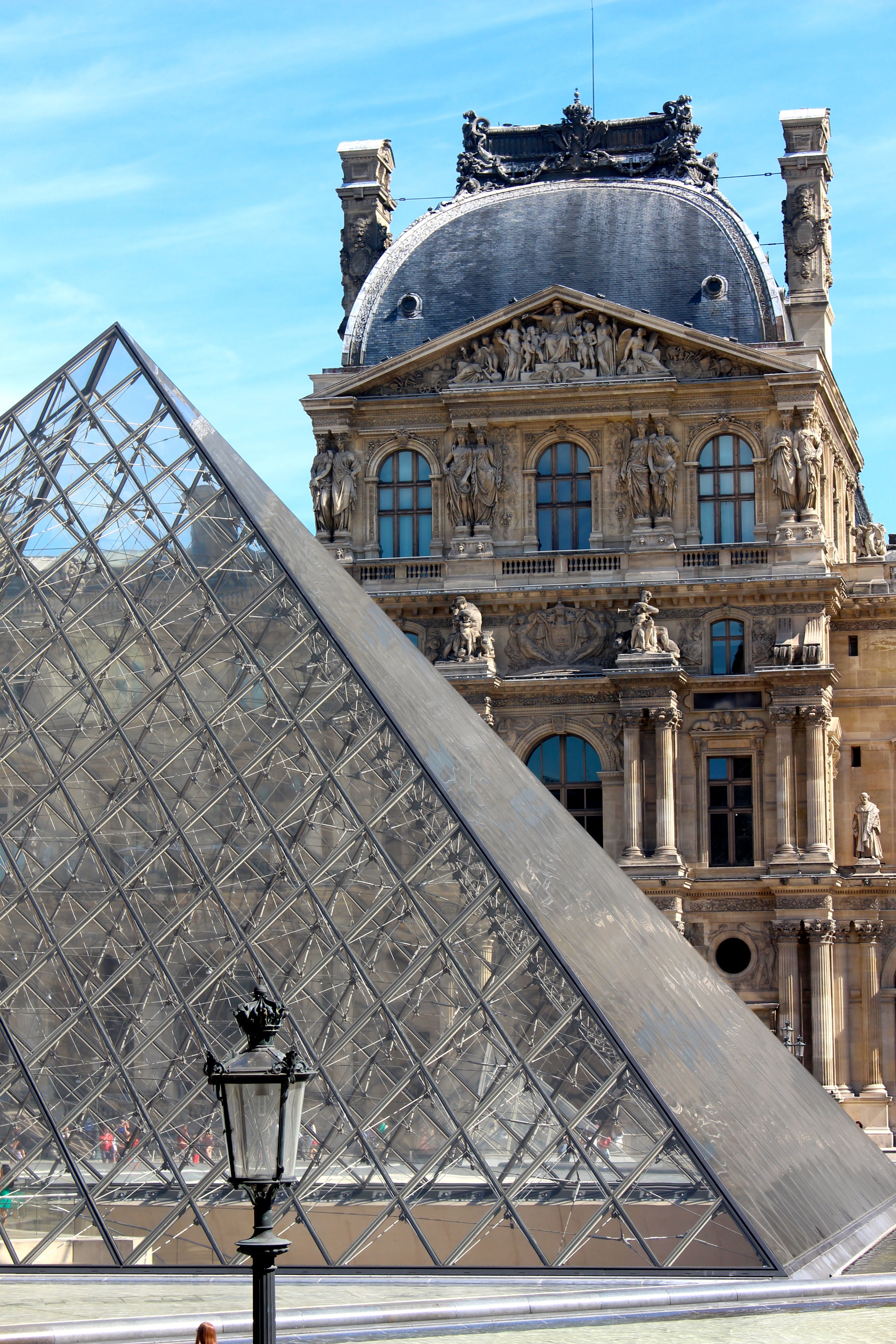 We went from here around the grounds and then off to Notre Dame, back to Arc de Triomphe and then to Basilica, Sacre Coeur which was beautiful. The views from up there were well worth the trip! We had dinner (Croque Monsieur) and bought some souvenirs including some hand drawn pieces of art. 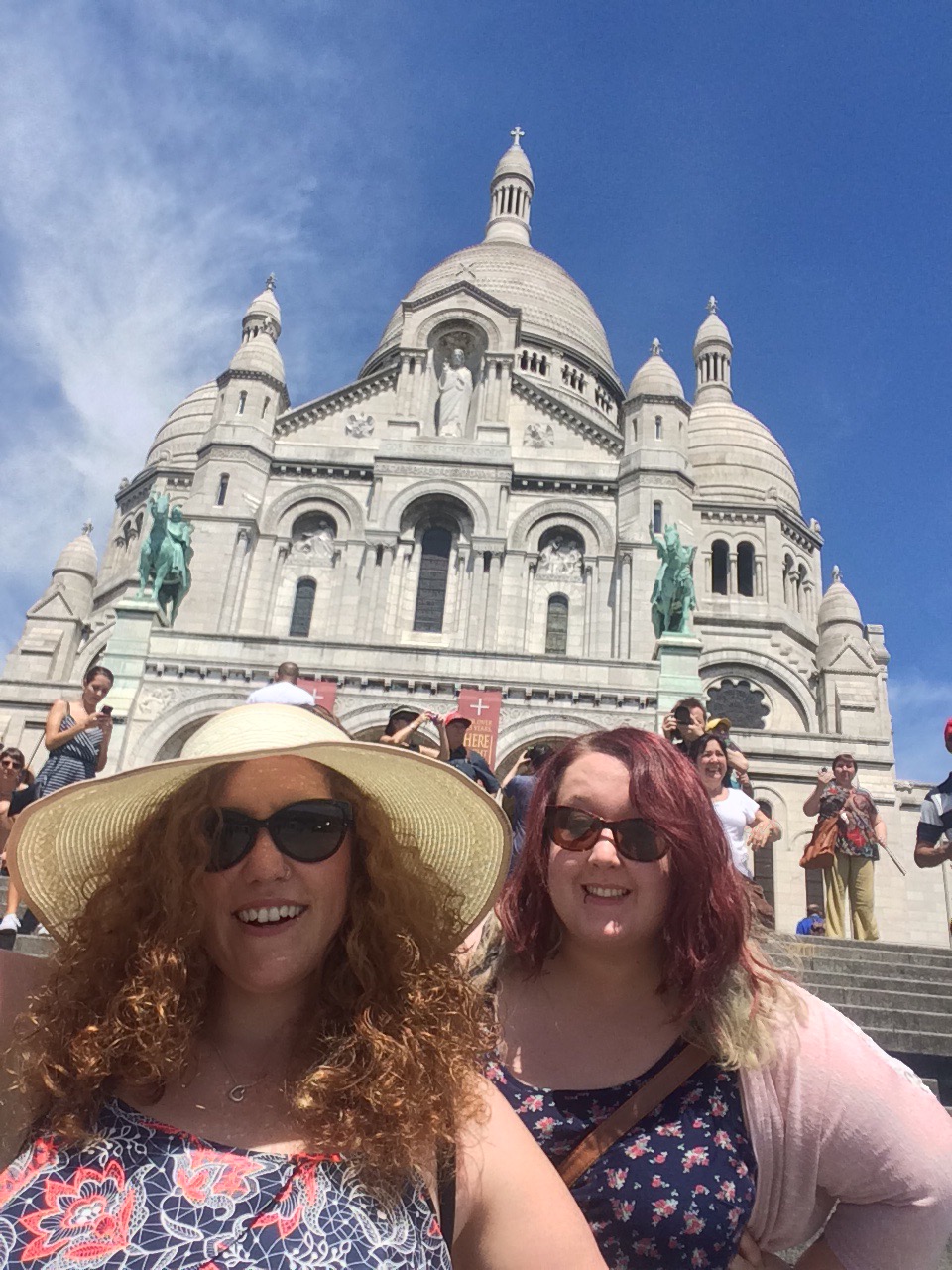 We then headed back for our luggage and went off to the airport. It was a long weekend, very very hot and sweaty….but just AMAZING. I’m so glad we went. I wish we could have gone to a show at Moulin Rouge, but now I have an excuse to come back!
Have you had a love affair with Paris or another city in your bucket list? Tell me about it!

Paris did make me think a lot about my wardrobe. This may seem odd but it was probably the hottest I’ve been since returning to the UK 4 years ago and I’ve definitely forgotten how to cope in the heat, and also how to dress in it. I’m now going to invest in thin cotton shorts and light t-shirts or dresses for Australia. It’s a must.

An Ode to the Brave Explorers 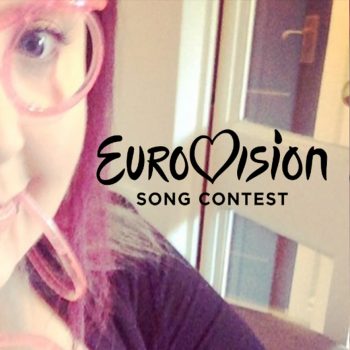 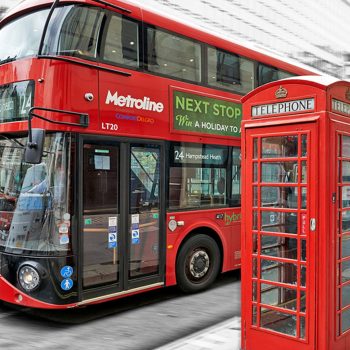 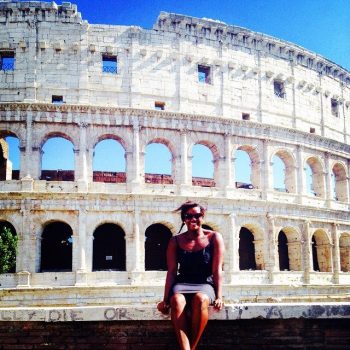